Are Video Games Good for You? A New Study Says Yes! 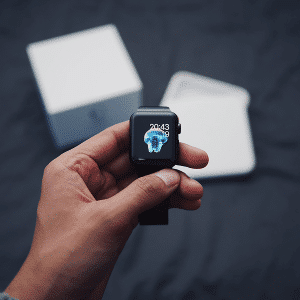 For the past three decades, scientists, researchers, and others have debated the question of whether or not playing video games is bad for you.

This is a discussion that has been compared to the issues related to television, rock and roll and even the novel in their time.

There is no doubt that online casino games carry quite a bit of negative stigma with them.

For example, increased aggression, addiction and the health issues such as repetitive strain injuries and obesity.

All these negatives seem to get much more coverage by the media than the positives.

The fact is, scientists researching both sides of the argument have even discovered that the papers related to adverse effects get much more attention and publicity than the ones on the positive effects of moderate game play.

However, there is now a significant amount of research that shows video games can be put to both therapeutic and educational uses.

There are even studies that show playing video games can improve hand-eye coordination and reaction times.

For example, some research has proven a person’s spatial visualization ability improves by playing video games.

This includes the ability to mentally manipulate or rotate 2D and 3D objects.

In addition to this long line of studies that demonstrate the benefits of playing video games is the Proceedings of the National Academy of Sciences by Vikranth Bejjanki and his colleagues.

This newly published paper shows that playing various action video games – the 3D, fast-paced, shoot-em-up options beloved by doomsayers in the media – confirms what some of the other studies have shown – players experience an improved cognition, attention, and perception after playing.

In several experiments that included small groups of gamers (only 10 to 14 people per study), researchers stated that the gamers who had previous experience with these action games were better at completing perceptual tasks including pattern discrimination than gamers with a smaller amount of experience.

In yet another experiment, the researchers trained gamers that had very little experience in playing the action games, providing them with 50 hours of practice.

It was discovered that these individuals performed better on the perceptual tasks than they did before the training.

Many papers point out the extensive qualities and features that make video games possibly useful.

For example, from an educational standpoint, video games are both stimulating and fun. This means it is easier to keep a person’s attention for a longer period of time.

Also, due to the excitement, video games are much more appealing than more traditional methods of learning for many people.

This is even true for many children who suffer with learning disabilities and those on the autism spectrum.

Another factor is that video games have an appeal that crosses demographic boundaries, including educational attainment, ethnicity, gender, and age.

They can be used for setting goals and to rehearse working toward them.

They are also effective at providing feedback, self-esteem, reinforcement and for maintaining a record of behavioral changes.

They also present the opportunity to develop transferable skills or to practice extraordinary activities, such as simulated operations and flight simulators.

Since video games are so engaging, they can also be used on a therapeutic basis. For example, they can be used as physiotherapy, as well as in a number of more innovative ways.

Several studies have shown that when kids play video games after receiving chemotherapy, they require fewer painkillers than kids that do not.

In addition to an obvious entertainment value, video games also provide quite a bit of educational potential.

Games that are specifically designed to address a certain problem or to teach a certain skill have been extremely successful.

This is because they are interactive, engaging, motiving and offer rewards, which reinforce the need to improve.

An important factor to consider is the transferability of skills outside of the context of playing the game.

What is clear from the research and various studies is that the negative consequences of playing video games almost always involve individuals who are excessive game players.

There is very little evidence showing serious or acute adverse effects for those who engage in moderate video game play.