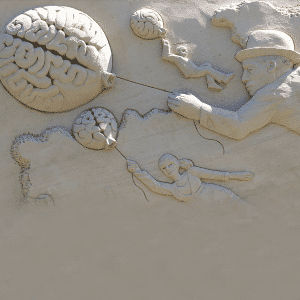 Nathan Copeland lost his ability to control his hands after an injury that occurred 12 years ago.

Along with no longer having control, he was also unable to sense what he was touching.

They developed a way for him to reach out and feel the world around him once again.

The solution developed was a robotic arm controlled by the mind.

The unique feature that was hoped to restore the sense of touch was the placement of pressure sensors in each of the fingertips.

When used, the goal was to have the sensors send signals to the user’s brain.

The findings and results of the work done by the scientists were published in the Science Translational Medicine journal.

According to Copeland, who is now 30, the sensation was weird at first. He stated that it often felt like pressure and sometimes electrical.

However, he also described many of the sensations as being “natural” when using his new robotic hand.

According to Robert Gaunt, an assistant professor and bioengineer of the Department of Physical Medicine & Rehabilitation at the University of Pittsburgh, when Copeland touches something with the robotic hand, he knows what finger the sensation is from and if an object is soft or hard.

However, Gaunt also stated that they were not to the point where he could tell the difference between burlap and silk.

This level of success represents an advance that is critical in making prosthetics in the future that are actually useful, according to Mike McLoughlin who is an engineer at the Johns Hopkins University Applied Physics Laboratory.

For several years people have had the ability to control a robotic arm with just their thoughts.

However, they had to rely on vision to know whether or not the arm was moving in the right direction or if the object was grasped with the right amount of force.

This makes it somewhat difficult to handle simple tasks, such as holding a foam cup without crushing it, according to McLoughlin.

If there is no sensory feedback, the person using the prosthetic would have to look at it, the cup and then begin to close the hand to determine whether or not the cup was being deformed.

There is no question that restoring Nathan Copeland’s sense of touch was a challenging process; however, the team that initially began this endeavor in Pittsburgh knew it was a possibility.

His hand was originally disconnected from the brain due to a spinal cord energy; however, the brain didn’t lose its ability to feel.

With this knowledge, the team started to search for a way to send sensations directly to the brain, bypassing the spinal cord entirely.

The first step in this process was magnetoencephalography. With this test, the researchers were able to monitor the brain activity present.

With this test, the researchers had the ability to see the areas of his brain that were active when he watched videos of a hand being touched.

The next step was to use tiny electrodes, placed strategically in Copeland’s brain to stimulate the areas that corresponded to each finger.

Once the electrodes were in place, they had to wait a short period for the brain to heal and fully adjust to the presence of the electrodes.

After several weeks, the team sent the first small pulse of electricity to Copeland’s brain.

According to Gaunt, when this first happened, Copeland just calmly stated that he felt it on his index finger.

However, in the background, the entire team was breathing a sigh of relief and cheering for the success achieved.

While this effort was successful, the use of mind-controlled robots is still years from being used for consumer applications.

Right now, they are still extremely expensive, finicky and bulky, which makes it virtually impossible to use them outside of the laboratory setting.

Also, there’s no effective way to control them unless electrodes are implanted into the user’s brain.

However, the ability to receive the sensation of touch by using a robotic arm can help thousands of people who are paralyzed, but also those who suffer certain physical disabilities.

For example, robots capable of producing sensory feedback may be able to help a disabled person clean up or cook at home.

The technology connected to these devices is truly life-changing.